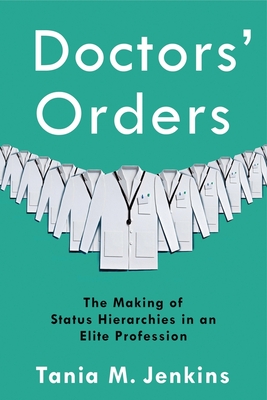 Doctors' Orders: The Making of Status Hierarchies in an Elite Profession

The United States does not have enough doctors. Every year since the 1950s, internationally trained and osteopathic medical graduates have been needed to fill residency positions because there are too few American-trained MDs. However, these international and osteopathic graduates have to significantly outperform their American MD counterparts to have the same likelihood of getting a residency position. And when they do, they often end up in lower-prestige training programs, while American-trained MDs tend to occupy elite training positions. Some programs are even fully segregated, accepting exclusively U.S. medical graduates or non-U.S. medical graduates, depending on the program's prestige. How do international and osteopathic medical graduates end up so marginalized, and what allows U.S.-trained MDs to remain elite? Doctors' Orders offers a groundbreaking examination of the construction and consequences of status distinctions between physicians before, during, and after residency training. Tania M. Jenkins spent years observing and interviewing American, international, and osteopathic medical residents in two hospitals to reveal the unspoken mechanisms that are taken for granted and that lead to hierarchies among supposed equals. She finds that the United States does not need formal policies to prioritize American-trained MDs. By relying on a system of informal beliefs and practices that equate status with merit and eclipse structural disadvantages, the profession convinces international and osteopathic graduates to participate in a system that subordinates them to American-trained MDs. Offering a rare ethnographic look at the inner workings of an elite profession, Doctors' Orders sheds new light on the formation of informal status hierarchies and their significance for both doctors and patients.
Doctors' Orders: The Making of Status Hierarchies in an Elite Profession