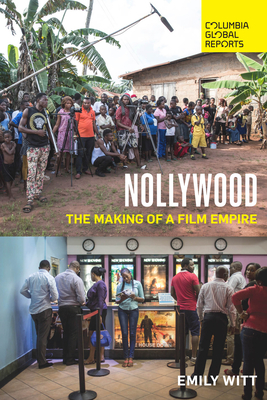 Nollywood: The Making of a Film Empire

How did Nigeria create the second largest movie industry in the world?

Nollywood began in Nigeria in the 1990s and has grown into one of the most recognized cultural centers of the world, producing more movies every year than Hollywood and almost as many as Bollywood. Emily Witt travels to Nigeria to offer a vivid, rollicking tour of the industry today, from the back alleys of the marketplaces of Lagos to the glamour of a red-carpet premiere, from startups trying to digitalize what has been largely an economy based on piracy to the shooting of a historic epic in the northern city of Jos. Amid electricity cuts, fuel scarcity, and countless other obstacles, Nigerians are pursuing the very real possibility that Nollywood dramas could become a global brand, as recognizable as the Bollywood musical, the Hong Kong kung fu flick, or the Hollywood blockbuster.

Nollywood: The Making of a Film Empire

Emily Witt is a writer in New York City. She is the author of Future Sex (Farrar, Straus & Giroux, 2016) and Nollywood: The Making of a Film Empire (Columbia Global Reports, 2017).

Currently a staff writer at The New Yorker, she has also written for n+1, The New York Times, GQ, the London Review of Books, and many other places.

She has degrees from Brown, Columbia, and Cambridge, and was a Fulbright scholar in Mozambique.