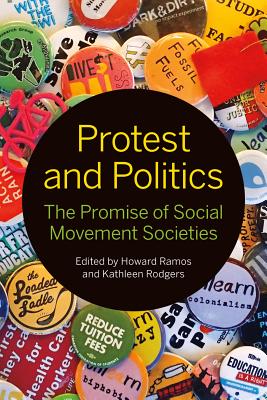 Protest and Politics: The Promise of Social Movement Societies

The Tea Party. The Occupy Movement. Idle No More. Around the world, social movements have taken to new media and the streets to challenge the status quo. At the same time, most democratic countries have witnessed a sharp decline in voter turnout. Protest and Politics examines this seemingly contradictory shift in political participation, as well as the blurring of social movement and mainstream politics, through the lens of the social movement society (SMS) thesis.

Social movement theory suggests that in recent decades contentious politics have become a regular, even institutionalized, feature of the democratic landscape. The contributors to Protest and Politics analyze the long history of social movements in Canada, in comparison to movements in the US and the transnational sphere, to determine whether the SMS thesis still applies, to see what insights can be gleaned from Canadian social movements, and to clarify the relationships between social movements and mainstream politics.

The contributors determine that the SMS thesis must be recalibrated to reflect changes in political participation; extended to embrace broader political and historical contexts; and that it must consider the emergence of social movement societies, plural, over a single polity within and across countries. In short, this book challenges its readers to reconsider the boundaries between politics and protest.

Protest and Politics: The Promise of Social Movement Societies