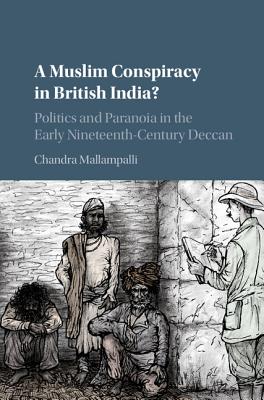 A Muslim Conspiracy in British India?: Politics and Paranoia in the Early Nineteenth-Century Deccan

As the British prepared for war in Afghanistan in 1839, rumors spread of a Muslim conspiracy based in India's Deccan region. Colonial officials were convinced that itinerant preachers of jihad - whom they labelled 'Wahhabis' - were collaborating with Russian and Persian armies, and inspiring Muslim princes to revolt. Officials detained and interrogated Muslim travelers, conducted weapons inspections at princely forts, surveyed mosques, and ultimately annexed territories of the accused. Using untapped archival materials, Chandra Mallampalli describes how local intrigues, often having little to do with 'religion', manufactured belief in a global conspiracy against British rule. By skillfully narrating stories of the alleged conspirators, he shows how fears of the dreaded 'Wahhabi' sometimes prompted colonial authorities to act upon thin evidence, while also inspiring Muslim plots against princes not of their liking. At stake were not only questions about Muslim loyalty, but also the very ideals of a liberal empire.
A Muslim Conspiracy in British India?: Politics and Paranoia in the Early Nineteenth-Century Deccan

Chandra Mallampalli earned his doctorate in South Asian History from the University of Wisconsin-Madison.  Prior to earning his Ph.D. he studied theology and worked as a journalist in South Asia. He is the  author of three books and many scholarly articles, which address the intersection of religion, law and society in colonial India.