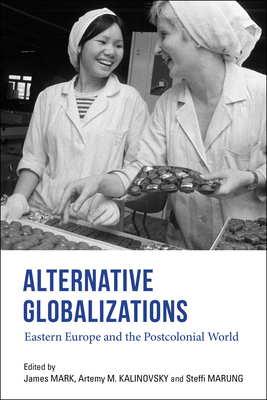 Globalization has become synonymous with the seemingly unfettered spread of capitalist multinationals, but this focus on the West and western economies ignores the wide variety of globalizing projects that sprang up in the socialist world as a consequence of the end of the European empires. This collection is the first to explore alternative forms of globalization across the socialist world during the Cold War. Gathering the work of established and upcoming scholars of the Soviet Union, Eastern Europe, and China, Alternative Globalizations addresses the new relationships and interconnections which emerged between a decolonizing world in the postwar period and an increasingly internationalist eastern bloc after the death of Stalin. In many cases, the legacies of these former globalizing impulses from the socialist world still exist today. Divided into four sections, the works gathered examine the economic, political, developmental, and cultural aspects of this exchange. In doing so, the authors break new ground in exploring this understudied history of globalization and provide a multifaceted study of an increasing postwar interconnectedness across a socialist world.

I completed my BA in History, M.Phil. in Russian and East European Studies and a D.Phil. at the University of Oxford. I have worked in the History Department at Exeter since 2004.

I am currently working on a number of books:

1. (with Péter Apor) on  the impact of the politics of decolonisation, peaceful co-existence, anti-imperialism, and market socialism on official and unofficial activist culture in late socialist Hungary.

4. (with Paul Betts, eds.) on Socialism Goes Global: Encounters between the Eastern Bloc and Decolonising World.

Over the past decade, I have published on the way in which history gets recast at moments of major political change, addressing the ways in which political elites, cultural institutions, institutes of memory, and ordinary people have contributed to the re-imagining of the past after the fall of Communism in eastern Europe after 1989. This resulted in:  The Unfinished Revolution: Making Sense of the Communist Past in central-eastern Europe. It was shortlisted for the 2011 Longman History Today Book Prize, and chosen as one of the 'best books of 2011' by Foreign Affairs.