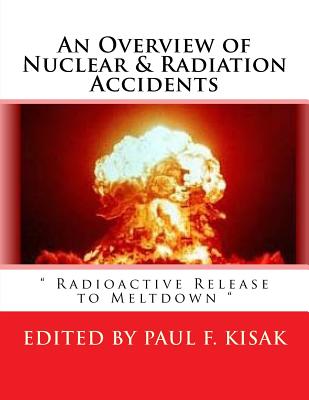 An Overview of Nuclear & Radiation Accidents: Radioactive Release to Meltdown

At the time of this publication at least 9 countries own and operate approximately 15,000 nuclear weapons. Russia and The United States control approximately 93% of these, which is roughly 13,500 nuclear weapons. Approximately 2000 are kept in 'the ready to launch' mode. The remainder of the nuclear stockpile is owned by France, China, UK, India, Israel and the latest threat of Iran and North Korea. On a positive note, according to The Ploughshares Fund http: //www.ploughshares.org/world-nuclear-stockpile-report, more countries have given up weapons and programs in the past 30 years than those that have tried to acquire them. The estimated high count of Nuclear Weapons was 70,300 in 1986 which represents an approximate 78% decrease. It must be noted that the exact numbers of nuclear weapons are national secrets and these numbers therefore represent estimates by experts in their field. These weapons are land-based, aboard ships and submarines, mounted or carried on aircraft and probably soon to be developed for spacecraft. The threat of nuclear weapons and nuclear war is not often discussed in a public forum. The reason is most likely that the outcome from the use of these weapons is unacceptable, unfathomable and somewhat of an action of last resort and the world has reached a tipping point where the continued proliferation, acquisition and possession of nuclear weapons must be eliminated. The outcome of a nuclear war, of any size, is counterproductive and an insult to our common humanity and continued existence. The radioactive byproducts of the manufacture or use of nuclear weapons cause nothing but damage or death to human tissue and the storage of these radioactive materials is an ongoing concern. After WWII a policy of mutual deterrence was implemented which started the cold war and was known as MAD, or Mutual Assured Destruction. The entirety of nuclear weapons and fission or fusion based technology is the direct product of the science developed by Albert Einstein and the insanity of WWII especially the unilateral attack by Japan on The United States. For a period known as The Cold War and for a decade or so after wards the world seemed to be quieting down. This was an illusion as the Mideast was becoming more unstable and the US began to rely more on diplomacy as China and Russia continued to grow their economies and expand their military capabilities. The advances in military technology typically occurred quite often by using the technology that had been stolen from The United States. Gradually the balance of power began to shift from The United States to China and Russia. One of the major problems in developing and maintaining nuclear weapons is dealing with the radioactive by products and accidents that occur. This book is designed to be a state of the art, superb academic reference work and provide an overview of the topic and give the reader a structured knowledge to familiarize yourself with the topic at the most affordable price possible. The accuracy and knowledge is of an international viewpoint as the edited articles represent the inputs of many knowledgeable individuals and some of the most current knowledge on the topic, based on the date of publication.
An Overview of Nuclear & Radiation Accidents: Radioactive Release to Meltdown