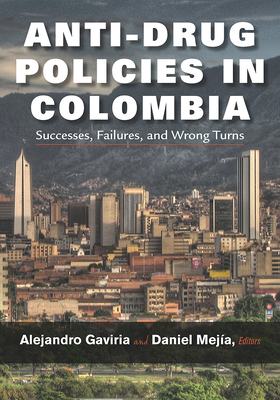 Forty years after the declaration of the war on drugs by President Nixon, the debate on the effectiveness and costs of the ban is red-hot. Several former Latin American presidents and leading intellectuals from around the world have drawn attention to the ineffectiveness and adverse consequences of prohibitionism. This book thoroughly analyzes the drug policies of one of the main protagonists in this war. The book covers many topics: the economics of drug production, the policies to reduce consumption and decrease supply during the Plan Colombia, the effects of the drug problem on Colombia's international relations, the prevention of money laundering, the connection between drug trafficking and paramilitary politics, and strategies against organized crime. Beyond the diversity in topics, there is a common thread running through all the chapters: the need to analyze objectively what works and what does not, based on empirical evidence. Presented here for the first time to an English-speaking audience, this book is a contribution to a debate that urgently needs to transcend ideology and preconceived opinions.
Anti-Drug Policies in Colombia: Successes, Failures, and Wrong Turns

Alejandro Gaviria, the former Rector of the University of Los Andes, Colombia and Dean of School of Economics  has published his research in the Journal of Development Economics and the Review of Economics and Statistics among others. He was recently awarded the Juan Luis Londoño Medal of Honor, granted biannually to the most salient Colombian economist under 40.

His research work is on poverty and inequality, education, labor markets, and violence and crime.