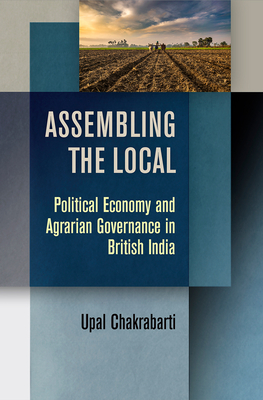 In 1817, in a region of the eastern coast of British India then known as Cuttack, a group of Paiks, the area's landed militia, began agitating against the East India Company's government, burning down government buildings and looting the treasury. While the attacks were initially understood as an attempt to return the territory's native ruler to power, investigations following the rebellion's suppression traced the cause back to the introduction of a model of revenue governance unsuited to local conditions. Elsewhere in British India, throughout the first half of the nineteenth century, interregional debates over revenue settlement models and property disputes in villages revealed an array of practices of governance that negotiated with the problem of their applicability to local conditions. And at the same time in Britain, the dominant Ricardian conception of political economy was being challenged by thinkers like Richard Jones and William Whewell, who sought to make political economy an inductive science, capable of analyzing the real world.

Through analyses of these three interrelated moments in British imperial history, Upal Chakrabarti's Assembling the Local engages with articulations of the local on multiple theoretical and empirical fronts, weaving them into a complex reflection on the problem of difference and a critical commentary on connections between political economy, agrarian property, and governance. Chakrabarti argues that the local should be reconceptualized as an abstract machine, central to the construction of the universal, namely, the establishment of political economy as a form of governance in nineteenth-century British India.

My interests range over intellectual history, colonialism, political economy, agrarian studies, science studies, and governance. My doctoral work consisted of historical investigations into connections between political economy, science, agrarian governance, and regional property configurations in British India and imperial Britain in the nineteenth century. In the book, developed out of this work, I argue that the “local” needs to be understood as a conceptual formation generating, as concrete effects, entanglements between spatializable locales and non-localizable spaces.

I am starting some new work on practices of science in twentieth century India.

completed my B.A. in Sociology from Presidency College, Calcutta in 2005, following which I joined the M.A. program in Sociology at the Jawaharlal Nehru University, New Delhi, which I completed in 2007. At JNU, I also opted for a number of courses on Indian history and historical methodology at the Centre for Historical Studies. In 2008, I secured full funding from the Felix Trust to pursue a PhD program in History at the School of Oriental and African Studies, University of London.

I was selected as a Fellow at the Institute of Critical Social Inquiry, New School of Social Research, to work with Prof. Gayatri Chakravorty Spivak on "Why Marx Today?" (June, 2016)