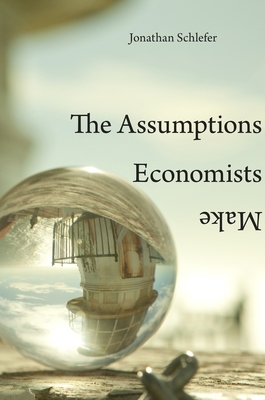 Economists make confident assertions in op-ed columns and on cable news--so why are their explanations often at odds with equally confident assertions from other economists? And why are all economic predictions so rarely borne out? Harnessing his frustration with these contradictions, Jonathan Schlefer set out to investigate how economists arrive at their opinions.

A lucid, plain-spoken account of the major economic models, which Schlefer] introduces in chronological order, creating a kind of intellectual history of macroeconomics. He explains what the models assume, what they actually demonstrate--and where they fall short.
--Binyamin Applebaum, New York Times blog

Fascinating... Schlefer's] book is a tough critique of economics, but a deeply informed and sympathetic one.
--Justin Fox, Harvard Business Review blog

This book is an impressive and informative analysis of the economics literature--and it presents some useful insights about how a more eclectic, catholic approach might allow economics to progress more convincingly into the future.
--Michelle Baddeley, Times Higher Education

As editor-in-chief of MIT’s Technology Review, Jonathan Schlefer came to feel that when journalists write about political economy, they do a half-blind job of it. They do not see the intellectual terrain.

Dr Schlefer got a PhD in political science at MIT. After spending two years at the National University of Mexico, he published Palace Politics: How the Ruling Party Brought Crisis to Mexico in English and Spanish.

Now a researcher at Harvard Business School, he writes cases on political economy and an occasional blog for Harvard Business Review. He has contributed to The Atlantic and other publications.