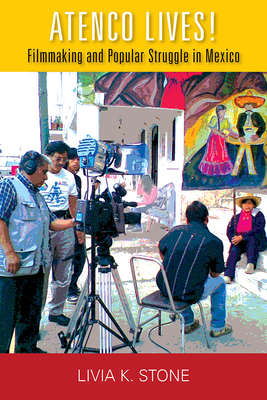 The People's Front in Defense of Land of Atenco (the Frente) is an emblematic force in contemporary Mexican politics and in anti-capitalist, anti-neoliberal activist networks throughout the world. Best known for years of resistance against the encroachment of a government airport project on communal farmland, the Frente also became international news when its members were subject to state violence, rape, and intimidation in a brutal government crackdown in 2006. Through it all, documentary filmmaking has been one aspect of the Frente and its allies' efforts. The contradictions and difficulties of this moral and political project emerge in the day-to-day experiences of local, national, and international filmmakers and film distributors seeking to participate in the social movement.

Stone highlights the importance of how the circulation of the physical videos, and not just their content, promotes the social movement. More broadly she shows how videographers perform their activism, navigating the tensions between neoliberal personhood or ego and an ethos of compa�erismo that privileges community. Grounded in the lived experiences of Atenco's activists and allied filmmakers, Atenco Lives! documents the making and circulating of films as an ethical and political practice purposefully used to transform human relationships.

My research focuses on the intersections between political activism, cultural change, and visual media. I have a particular interest in anti-capitalist, anti-government social movements in Mexico and the United States. I am the author of Atenco Lives!: Filmmaking and Popular Struggle in Mexico (2019).

My work has also appeared in Adjusting the Lens: Community and Collaborative Video in Mexico (2017), Cine político en México (2019), The Journal of Latin American & Caribbean Anthropology, Visual Anthropology Review, Cultural Anthropology, and The Taiwan Journal of Democracy. My current research projects include a historical examination of the ethico-political idea of autogestión in Mexico and a collaborative ethnographic project examining the challenges facing US heartland farmers and the contemporary cultural divide between the urban and the rural.