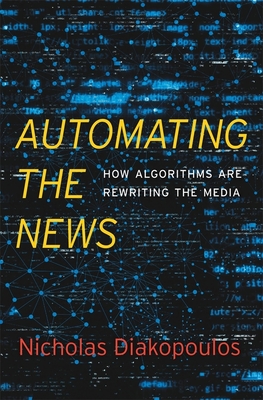 Automating the News: How Algorithms Are Rewriting the Media

From hidden connections in big data to bots spreading fake news, journalism is increasingly computer-generated. An expert in computer science and media explains the present and future of a world in which news is created by algorithm.

Amid the push for self-driving cars and the roboticization of industrial economies, automation has proven one of the biggest news stories of our time. Yet the wide-scale automation of the news itself has largely escaped attention. In this lively expos� of that rapidly shifting terrain, Nicholas Diakopoulos focuses on the people who tell the stories--increasingly with the help of computer algorithms that are fundamentally changing the creation, dissemination, and reception of the news.

Diakopoulos reveals how machine learning and data mining have transformed investigative journalism. Newsbots converse with social media audiences, distributing stories and receiving feedback. Online media has become a platform for A/B testing of content, helping journalists to better understand what moves audiences. Algorithms can even draft certain kinds of stories. These techniques enable media organizations to take advantage of experiments and economies of scale, enhancing the sustainability of the fourth estate. But they also place pressure on editorial decision-making, because they allow journalists to produce more stories, sometimes better ones, but rarely both.

Automating the News responds to hype and fears surrounding journalistic algorithms by exploring the human influence embedded in automation. Though the effects of automation are deep, Diakopoulos shows that journalists are at little risk of being displaced. With algorithms at their fingertips, they may work differently and tell different stories than they otherwise would, but their values remain the driving force behind the news. The human-algorithm hybrid thus emerges as the latest embodiment of an age-old tension between commercial imperatives and journalistic principles.

Automating the News: How Algorithms Are Rewriting the Media

Nicholas Diakopoulos is an associate professor in Communication Studies and Computer Science (by courtesy) at Northwestern University where he directs the Computational Journalism Lab and is director of Graduate Studies for the Technology and Social Behavior PhD program.

His research focuses on computational journalism, including aspects of automation and algorithms in news production, algorithmic accountability and transparency, and social media in news contexts. He is the author of the award-winning book, Automating the News: How Algorithms are Rewriting the Media, published by Harvard University Press. He received his Ph.D. and M.S. degrees in Computer Science from the School of Interactive Computing at the Georgia Institute of Technology, and his Sc.B. degree in Computer Engineering from Brown University. 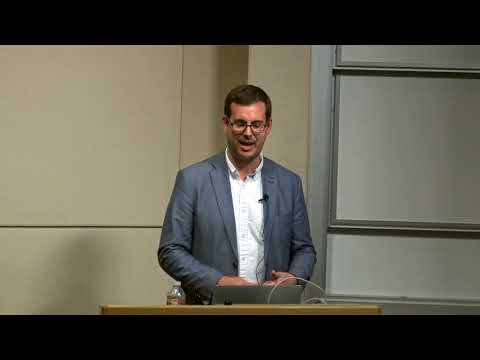 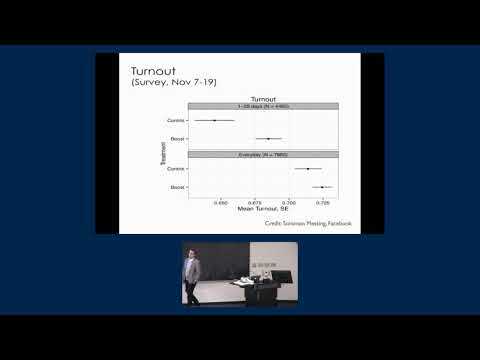