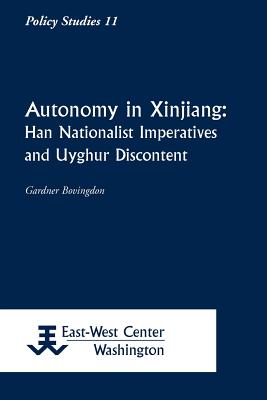 This study analyzes the sources of conflict in the Xinjiang Uyghur Autonomous Region since the founding of the People's Republic of China in 1949. It considers international influences, militant Islam, and enduring ethnonational hatreds, all identified by some observers as causes of unrest. While these factors have affected politics in Xinjiang, none is the prime source of friction. The study argues that the system of regional autonomy itself, while billed as a solution to the region's political problems, has instead provoked discontent and violence. Rather than providing substantial autonomy to Uyghurs, Beijing has thwarted their exercise of political power in various ways. Examining in detail both the legal institutions and the policies enacted in Xinjiang, the study shows how these have contributed to Uyghur dissatisfaction and thus contributed to unrest. In recent years Chinese policy advisors have suggested further diminishing the scope of autonomy in Xinjiang as a way of reducing conflict there. The author argues on the basis of the foregoing analysis that such a move would increase rather than decrease friction. The analysis and the conclusions should be of interest to policymakers and analysts concerned with the conflict in Xinjiang, the other autonomous regions in China, and autonomy regimes elsewhere in the world.
Autonomy in Xinjiang: Han Nationalist Imperatives and Uyghur Discontent