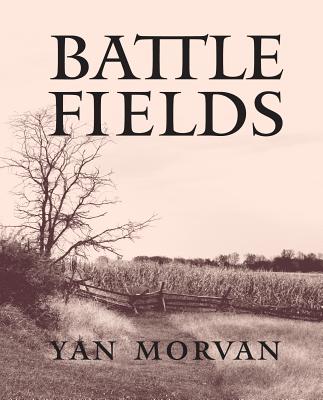 A monumental photo book documenting the scenes of more than 3,000 years of human conflict

After a distinguished--and death-defying--career documenting the wars of today, Yan Morvan decided to undertake a different kind of battlefield photography, one that would show how war has imprinted its awful memory on all of human history, and on the landscape as well. Traveling the globe, he sought out the scenes of history's most important battles, positioning his 8 � 10 Deardorff view camera to capture the perspective of the soldier on the front lines.

The result of his decade-long quest is this monumental volume, presenting 430 images of 250 historic battlefields, from the Trojan War to Muammar Gaddafi's last stand. In between are the battlegrounds of the Persian Wars, the Napoleonic Wars, the American Civil War, the World Wars, the Vietnam War, and many others. The text includes a concise account of each battle, as well as an interview with Morvan about his work.

Battlefields is a staggering work of art, an important historical document, and a memorial to all those who have fought and died on the battlefield.
Battlefields