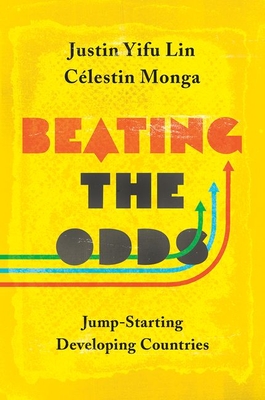 Countries that ignite a process of rapid economic growth almost always do so while lacking what experts say are the essential preconditions for development, such as good infrastructure and institutions. In Beating the Odds, two of the world's leading development economists begin with this paradox to explain what is wrong with mainstream development thinking--and to offer a practical blueprint for moving poor countries out of the low-income trap regardless of their circumstances.

Prior to this, Mr. Lin served for 15 years as Founding Director and Professor of the China Centre for Economic Research (CCER) at Peking University.

He is Councilor of the State Council and a member of the Standing Committee, Chinese People’s Political Consultation Conference. He is the author of more than 20 books including Beating the Odd: Jump-starting Developing Countries; Going Beyond Aid: Development Cooperation for Structural Transformation, the Quest for Prosperity: How Developing Economies Can Take Off, New Structural Economics: A Framework for Rethinking Development and Policy, Against the Consensus: Reflections on the Great Recession, and Demystifying the Chinese Economy.