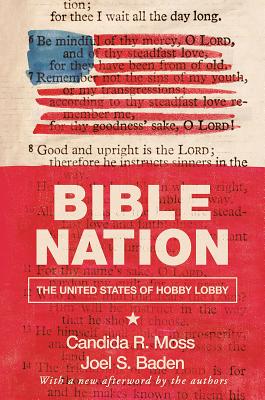 The Greens of Oklahoma City--the billionaire owners of the Hobby Lobby chain of craft stores--are spending hundreds of millions of dollars in an ambitious effort to increase the Bible's influence on American society. In Bible Nation, Candida Moss and Joel Baden provide the first in-depth investigative account of the Greens' sweeping Bible projects. Moss and Baden tell the story of the Greens' efforts to place a Bible curriculum in public schools; their rapid acquisition of an unparalleled collection of biblical antiquities; their creation of a closely controlled group of scholars to study and promote the collection; and their construction of a $500 million Museum of the Bible in Washington, D.C. Revealing how all these initiatives promote a very particular set of beliefs about the Bible, the book raises serious questions about the trade in biblical antiquities, the integrity of academic research, and the place of private belief in public life.

My work primarily focuses on ideas about martyrdom, death, suffering, and afterlife in the New Testament and literature of Early Christianity. I have additional interests in disability theory and theology, religion and public life, the Bible and education, and cultural heritage.

I read theology as an undergraduate at Oxford, before moving to the United States to pursue post-graduate work in Biblical Studies at, first Yale Divinity School and, later, Yale Graduate School. In 2008, I moved to the University of Notre Dame to teach classes in the departments of Theology, Classics, and History before coming to Birmingham in 2017.

While my academic work is primarily historical, I work in the public sphere as s Papal news commentator for CBS news, a cultural commentator and columnist for The Daily Beast, and a religion news commentator and writer for CNN, BBC, National Geographic, Smithsonian, Discovery Channel, History Channel, and others. A great deal of my recent work has focused on the intersection of religion and politics and the influence of certain religious ideas on international relations, policy making, and education.

I am currently completing a book, based on the 2017 Cadbury Lectures, on Resurrection on the New Testament, Ancient Medicine, Disability, and Constructions of the Bodies. 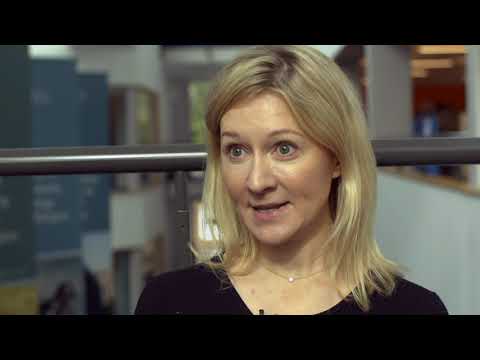