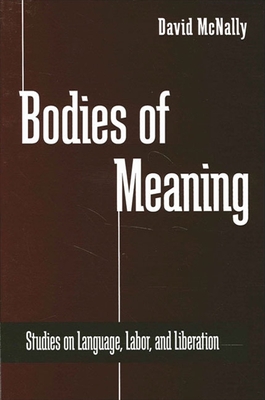 Bodies of Meaning: Studies on Language, Labor, and Liberation

Bodies of Meaning presents a vigorous challenge to postmodernist theories of language and politics which detach language from human bodies and their material practices. Beginning with the 'historical bodies' theorized by Marx, Darwin, and Freud, McNally develops an alternative account of language which draws on the work of Mikhail Bakhtin and Walter Benjamin and recent contributions to materialist feminism. In bringing the body back into language, this book makes a major contribution to current debates in social and political theory.
Bodies of Meaning: Studies on Language, Labor, and Liberation