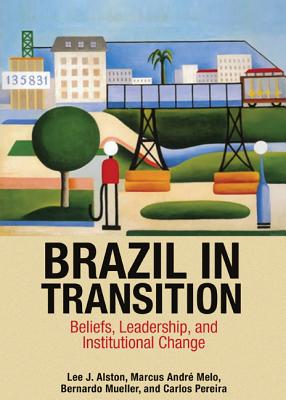 Brazil is the world's sixth-largest economy, and for the first three-quarters of the twentieth century was one of the fastest-growing countries in the world. While the country underwent two decades of unrelenting decline from 1975 to 1994, the economy has rebounded dramatically. How did this nation become an emerging power? Brazil in Transition looks at the factors behind why this particular country has successfully progressed up the economic development ladder. The authors examine the roles of beliefs, leadership, and institutions in the elusive, critical transition to sustainable development.

Analyzing the last fifty years of Brazil's history, the authors explain how the nation's beliefs, centered on social inclusion yet bound by orthodox economic policies, led to institutions that altered economic, political, and social outcomes. Brazil's growth and inflation became less variable, the rule of law strengthened, politics became more open and competitive, and poverty and inequality declined. While these changes have led to a remarkable economic transformation, there have also been economic distortions and inefficiencies that the authors argue are part of the development process.

Brazil in Transition demonstrates how a dynamic nation seized windows of opportunity to become a more equal, prosperous, and rules-based society.

Alston's research interests over the years have focused on the important roles of institutions, beliefs and contracts in shaping economic and political outcomes in multiple domains. Issues examined include the governance and use of natural resources historically and today, including the impact of land titles in the Amazon; the growth of the U.S. welfare system in the U.S. from the late 19th century to the 1960s; the historical trajectory of Brazil from 1964 to 2016; a framework for understanding economic and political outcomes; and the the logic of leadership and organizational hierarchies.

The author or co-author of eight books and more than 80 scholarly articles. Alston has been a research associate at the National Bureau for Economic Research since 1995 and is a former president of the International Society for the New Institutional Economics (now SIOE), and the Economic History Association. He has held visiting positions at the Australia National University: University of California, Davis, Stockholm School of Economics; University of Sorbonne (Paris I), and Princeton University.