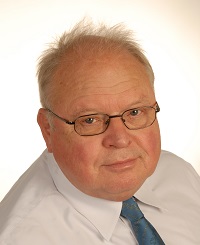 He studied political science, history and sociology at the University of Tübingen and the Free University of Berlin (FU Berlin). He earned his doctoral degree in 1973 with a study on the decolonisation of Algeria in the Algerian War (1954–1962). In 1976, he gained habilitation at FU Berlin.

His current research includes capitalism and social movements, structure of the international system, rise and demise of the capitalist world system, political economy of European integration and development politics and economics. Throughout his career, Elsenhans expanded his work on the book’s topic, publishing a total of five volumes on the subject.

Elsenhans took the opportunity to go to Leipzig after German unification, to help build the department of international relations at the university there. He taught there until 2007, when he retired. He was given honorary membership of the students association of the faculty of political science at the University of Leipzig. Elsenhans currently still resides, lectures and researches in Leipzig.