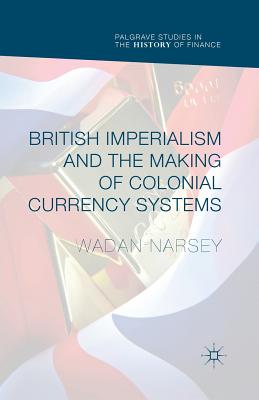 British Imperialism and the Making of Colonial Currency Systems

Covering the colonial Empire (including West Indies, India, Singapore, West Africa and East Africa), this book is a detailed revisionist history of the British imperial manipulations of colonial currency systems to facilitate the rise of sterling to world supremacy via the gold standard, and to slow its eventual decline after World War I. Official internal correspondence is used to show that Britain typically acted against the advice of colonial commercial interests, colonial governments, and even officials in the Colonial Office, in order to replace international currencies (including gold and sterling itself), with localised silver currencies. The local currencies were backed by gold and sterling reserves in London, under the total control of the British Treasury and the Bank of England. In the process liquidity was provided to the London money market, and cheap finance to the British Government. This book provides a new perspective on theories of imperialism, colonial money and colonial underdevelopment, with possible geostrategic historical lessons for the US dollar and emerging global currencies such as Chinese renminbi and the Euro.
British Imperialism and the Making of Colonial Currency Systems