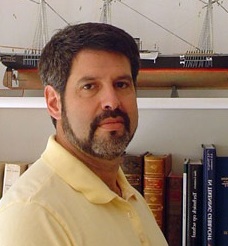 Brothers at Arms: American Independence and the Men of France and Spain Who Saved It

Larrie D. Ferreiro is a naval architect and historian. He trained and worked as a naval architect in the U.S., British, and French navies and the U.S. Coast Guard, and has served as technical expert for the International Maritime Organization. He has a Ph.D. in the History of Science and Technology from Imperial College, London.

Ferreiro teaches history and engineering at George Mason University in Virginia and the Stevens Institute of Technology in New Jersey. He is the author of Measure of the Earth: The Enlightenment Expedition That Reshaped Our World and Ships and Science: The Birth of Naval Architecture in the Scientific Revolution, 1600-1800. He lives with his wife and their sons in Virginia.