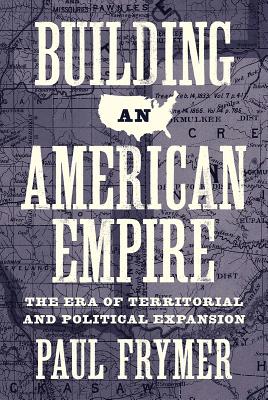 Building an American Empire: The Era of Territorial and Political Expansion

Westward expansion of the United States is most conventionally remembered for rugged individualism, geographic isolationism, and a fair amount of luck. Yet the establishment of the forty-eight contiguous states was hardly a foregone conclusion, and the federal government played a critical role in its success. This book examines the politics of American expansion, showing how the government's regulation of population movements on the frontier, both settlement and removal, advanced national aspirations for empire and promoted the formation of a white settler nation. Building an American Empire details how a government that struggled to exercise plenary power used federal land policy to assert authority over the direction of expansion by engineering the pace and patterns of settlement and to control the movement of populations. At times, the government mobilized populations for compact settlement in strategically important areas of the frontier; at other times, policies were designed to actively restrain settler populations in order to prevent violence, international conflict, and breakaway states. Paul Frymer examines how these settlement patterns helped construct a dominant racial vision for America by incentivizing and directing the movement of white European settlers onto indigenous and diversely populated lands. These efforts were hardly seamless, and Frymer pays close attention to the failures as well, from the lack of further expansion into Latin America to the defeat of the black colonization movement. Building an American Empire reveals the lasting and profound significance government settlement policies had for the nation, both for establishing America as dominantly white and for restricting broader aspirations for empire in lands that could not be so racially engineered.
Building an American Empire: The Era of Territorial and Political Expansion

Paul Frymer is a Professor of Politics and Director of the Program in Law and Public Affairs at Princeton University. His research and teaching interests are broadly in American politics and public policy, engaging specifically in questions of law, civil rights and race, labor and employment, parties and social movements, and historical-institutional development.

He is also the recipient of multiple teaching awards, including the Stanley Kelley, Jr. Teaching Award from the Princeton Politics Department. He has a B.A. and J.D. from U.C. Berkeley and a Ph.D. in political science from Yale University.