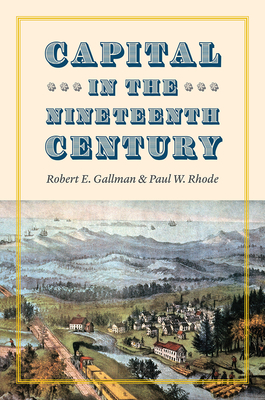 Capital in the Nineteenth Century

When we think about history, we often think about people, events, ideas, and revolutions, but what about the numbers? What do the data tell us about what was, what is, and how things changed over time? Economist Robert E. Gallman (1926-98) gathered extensive data on US capital stock and created a legacy that has, until now, been difficult for researchers to access and appraise in its entirety.

Gallman measured American capital stock from a range of perspectives, viewing it as the accumulation of income saved and invested, and as an input into the production process. He used the level and change in the capital stock as proxy measures for long-run economic performance. Analyzing data in this way from the end of the US colonial period to the turn of the twentieth century, Gallman placed our knowledge of the long nineteenth century--the period during which the United States began to experience per capita income growth and became a global economic leader--on a strong empirical foundation. Gallman's research was painstaking and his analysis meticulous, but he did not publish the material backing to his findings in his lifetime. Here Paul W. Rhode completes this project, giving permanence to a great economist's insights and craftsmanship. Gallman's data speak to the role of capital in the economy, which lies at the heart of many of the most pressing issues today.

Capital in the Nineteenth Century

Economic historian Robert E. Gallman (1926-1998) joined the faculty of the University of North Carolina at Chapel Hill in 1962.

Source: University of North Carolina at Chapel Hill and JSTOR