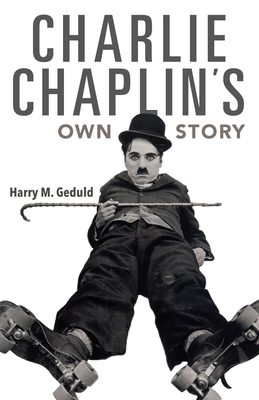 Charlie Chaplin once said, Life is a tragedy when seen in close-up, but a comedy in long shot.

Chaplin released the first of his four autobiographies in 1916 when he was on top of the world. He had just signed to appear in films for Mutual Company for the massive sum of $670,000. Three years earlier, he was earning $150 per week.

However, within weeks of its release, his autobiography was withdrawn by its publisher, and all copies were thought to have been destroyed due to accusations of ghost-writing and Chaplin being less than accurate with the truth of his life.

Charlie Chaplin's Own Story covers Chaplin's earliest life through his first brushes with fame and depicts Chaplin as he wished to be seen in 1916. Its naivete and pseudo-Dickensian portrayal of Chaplin's childhood give us an invaluable glimpse into the psyche of the man behind The Little Tramp.

Honoring the 130th anniversary of Chaplin's birth, this unique edition is illustrated with more than 20 black-and-white photographs. Professor Harry M. Geduld provides a unique and authoritative introduction to Chaplin's earliest theatrical career, which Chaplin himself discussed only sporadically.