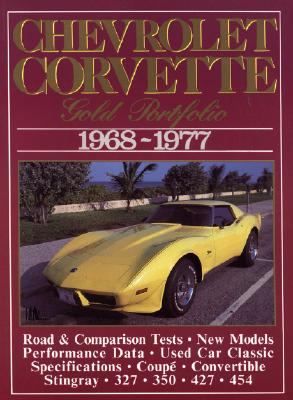 There was nothing wrong with the 'old' Corvette but the 1967 Camaro and Chevy sedans were making it look dated. Styling chief, Bill Mitchell, settled for sweeping body lines. There were two extremes to the Corvette world, the shatteringly fast L88 models and the emissions-controlled cars of the mid-1970s. Yet through it all the Corvette name retained its magic. In 1969 there were no less than eight engine variations. This book is a compilation of road and comparisons tests, technical and specifications data, model introductions and buying used. Models covered include: coupT, convertible, 327, 350, 427, 454, Sting Ray, LT1, L48, LS5, LS6, LS7, L82, LS4, LS4 auto.
Chevrolet Corvette 1968-1977: Gold Portfolio