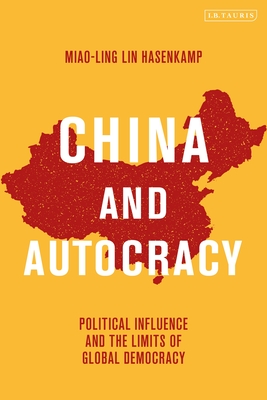 China and Autocracy: Political Influence and the Limits of Global Democracy

What effect is China's successful autocracy having on global politics? Is it leading to the decline of democracy, and the rise of 'strong man' government worldwide?

China's success economically, this collection argues, is undermining the post-war consensus that 'liberal democracy is best'. In a multi-polar, Chinese-dominated world, Trump, Putin, Erdogan, and other global leaders no longer criticize China. In fact, they frequently invoke the usefulness of 'strong' and 'united' leadership. At the same time, China seeks to wear the mantle of a great power, and in doing so talks about human rights, climate change, freedom and economic liberalism.

This collection examines how China views itself and where reality meets rhetoric on trade, international relations, diplomacy, economics and social policy. The contributors expertly dissect China's autocracy, and show how a ripple effect is altering the political-model consensus around the world.

China and Autocracy: Political Influence and the Limits of Global Democracy

She received her PhD in political science, economic policies and sociology. She was a postdoctoral fellow at Essen-Duisburg University and held a lectureship at the University in Münster, Germany.