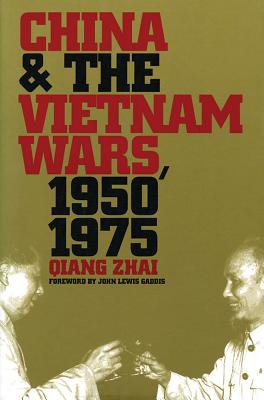 In the quarter century after the founding of the People's Republic of China in 1949, Beijing assisted Vietnam in its struggle against two formidable foes, France and the United States. Indeed, the rise and fall of this alliance is one of the most crucial developments in the history of the Cold War in Asia. Drawing on newly released Chinese archival sources, memoirs and diaries, and documentary collections, Qiang Zhai offers the first comprehensive exploration of Beijing's Indochina policy and the historical, domestic, and international contexts within which it developed.

In examining China's conduct toward Vietnam, Zhai provides important insights into Mao Zedong's foreign policy and the ideological and geopolitical motives behind it. Throughout the 1950s and 1960s, he shows, Mao considered the United States the primary threat to the security of the recent Communist victory in China and therefore saw support for Ho Chi Minh as a good way to weaken American influence in Southeast Asia. In the late 1960s and 1970s, however, when Mao perceived a greater threat from the Soviet Union, he began to adjust his policies and encourage the North Vietnamese to accept a peace agreement with the United States.
China and the Vietnam Wars, 1950-1975