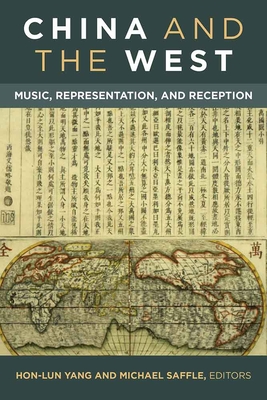 China and the West: Music, Representation, and Reception

Western music reached China nearly four centuries ago, with the arrival of Christian missionaries, yet only within the last century has Chinese music absorbed its influence. As China and the West demonstrates, the emergence of Westernized music from China--concurrent with the technological advances that have made global culture widely accessible--has not established a prominent presence in the West.

China and the West brings together essays on centuries of Sino-Western musical exchange by musicologists, ethnomusicologists, and music theorists from around the world. It opens with a look at theoretical approaches of prior studies of musical encounters and a comprehensive survey of the intercultural and cross-cultural theoretical frameworks--exoticism, orientalism, globalization, transculturation, and hybridization--that inform these essays. Part I focuses on the actual encounters between Chinese and European musicians, their instruments and institutions, and the compositions inspired by these encounters, while Part II examines theatricalized and mediated East-West cultural exchanges, which often drew on stereotypical tropes, resulting in performances more inventive than accurate. Part III looks at the musical language, sonority, and subject matters of intercultural compositions by Eastern and Western composers. Essays in Part IV address reception studies and consider the ways in which differences are articulated in musical discourse by actors serving different purposes, whether self-promotion, commercial marketing, or modes of nationalistic--even propagandistic--expression. The volume's extensive bibliography of secondary sources will be invaluable to scholars of music, contemporary Chinese culture, and the globalization of culture.

China and the West: Music, Representation, and Reception

Michael Saffle is Professor of Music in the College of Liberal Arts and Human Sciences at Virginia Tech.