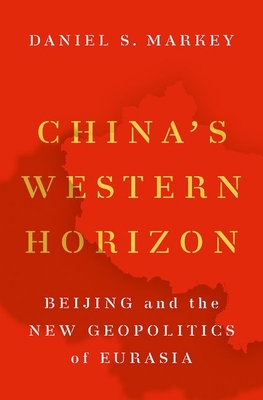 Under the ambitious leadership of President Xi Jinping, China is zealously transforming its wealth and economic power into potent tools of global political influence. But China's foreign policy initiatives, even the vaunted Belt and Road, will be shaped and redefined as they confront the ground realities of local and regional politics outside China. In China's Western Horizon, Daniel S. Markey, a scholar of international relations and former member of the U.S. State Department's policy planning staff, previews how China's efforts are likely to play out along its western horizon: across the swath of Eurasia that includes South Asia, Central Asia, and the Middle East.

Drawing from extensive interviews, travels, and historical research, Markey describes how perceptions of China vary widely within states such as Pakistan, Kazakhstan, and Iran. Powerful and privileged groups across the region often expect to profit from their connections to China, while others fear commercial and political losses. Similarly, Eurasian statesmen are scrambling to harness China's energy purchases, arms sales, and infrastructure investment. These leaders are working with China in order to outdo their strategic competitors, including India and Saudi Arabia, and simultaneously negotiating relations with Russia and America. On balance, Markey anticipates that China's deepening involvement will play to the advantage of regional strongmen and exacerbate the political tensions within and among Eurasian states. To make the most of America's limited influence in China's backyard (and elsewhere), he argues that U.S. policymakers should pursue a selective and localized strategy to serve America's specific aims in Eurasia and to better compete with China over the long run.