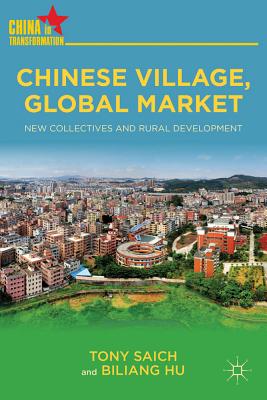 The story of one village, Yantian, and its remarkable economic and social transformation, this book shows how outcomes are shaped by a number of factors such as path dependence, social structures, economic resources and local entrepreneurship.
Chinese Village, Global Market: New Collectives and Rural Development