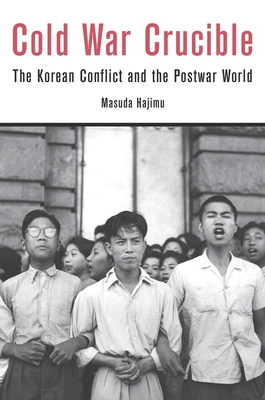 Cold War Crucible: The Korean Conflict and the Postwar World

The end of World War II did not mean the arrival of peace. The major powers faced social upheaval at home, while anticolonial wars erupted around the world. American-Soviet relations grew chilly, but the meaning of the rivalry remained disputable. Cold War Crucible reveals the Korean War as the catalyst for a new postwar order. The conflict led people to believe in the Cold War as a dangerous reality, a belief that would define the fears of two generations.

In the international arena, North Korea's aggression was widely interpreted as the beginning of World War III. At the domestic level, the conflict generated a wartime logic that created dividing lines between us and them, precipitating waves of social purges to stifle dissent. The United States allowed McCarthyism to take root; Britain launched anti-labor initiatives; Japan conducted its Red Purge; and China cracked down on counterrevolutionaries. These attempts to restore domestic tranquility were not a product of the Cold War, Masuda Hajimu shows, but driving forces in creating a mindset for it. Alarmed by the idea of enemies from within and faced with the notion of a bipolar conflict that could quickly go from chilly to nuclear, ordinary people and policymakers created a fantasy of a Cold War world in which global and domestic order was paramount.

In discovering how policymaking and popular opinion combined to establish and propagate the new postwar reality, Cold War Crucible offers a history that reorients our understanding of what the Cold War really was.

Cold War Crucible: The Korean Conflict and the Postwar World

Masuda Hajimu is a historian at the National University of Singapore. He is the author of Cold War Crucible: The Korean Conflict and the Postwar World (2015). His areas of concentration are the modern history of East Asia, the history of American foreign relations, and the social and global history of the Cold War.