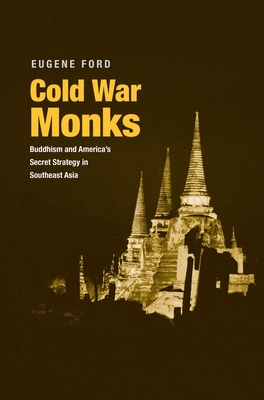 The groundbreaking account of U.S. clandestine efforts to use Southeast Asian Buddhism to advance Washington's anticommunist goals during the Cold War

How did the U.S. government make use of a Buddhist policy in Southeast Asia during the Cold War despite the American principle that the state should not meddle with religion? To answer this question, Eugene Ford delved deep into an unprecedented range of U.S. and Thai sources and conducted numerous oral history interviews with key informants. Ford uncovers a riveting story filled with U.S. national security officials, diplomats, and scholars seeking to understand and build relationships within the Buddhist monasteries of Southeast Asia.

This fascinating narrative provides a new look at how the Buddhist leaderships of Thailand and its neighbors became enmeshed in Cold War politics and in the U.S. government's clandestine efforts to use a predominant religion of Southeast Asia as an instrument of national stability to counter communist revolution.

I received my Ph.D. in history from Yale in May 2012, where my dissertation, entitled “Cold War Monks: An International History of Buddhism, Politics and Regionalism in Thailand and Southeast Asia, 1941-1976,” co-received the Arthur and Mary Wright Prize for the best dissertation in non-Western history.

My research explored the international role of Buddhism in the politics of the Cold War. One of my main interests was in the reaction of Buddhist monks in Thailand and in neighboring countries to the self-immolations of South Vietnamese monk protesters starting in 1963. I also examined how the U.S. attempted to cultivate relationships with Buddhist clergy in order to advance its strategic interests in the region (this work was carried out in part through the Asia Foundation).

I completed one year of dissertation research in Thailand, where I consulted Thai-language sources held in the Thai National Archives and in the monastic libraries of two Buddhist temples. I also conducted a series of oral interviews with Buddhist monks and other key informants in Bangkok, northeastern Thailand and Laos.

In fall 2011, I was employed as Visiting Lecturer at Duke University, where I taught an undergraduate seminar on the global history of war and empire in the 19th and 20th centuries. I am currently employed as Visiting Lecturer at the Sciences Po Collège Universitaire de Reims as part of a new international partnership between Sciences-Po and Yale.

My future research and teaching interests encompass the fields of international history, modern Southeast and South Asian history, U.S. cultural and diplomatic history, peace studies, and the global and comparative history of religion and religious movements.