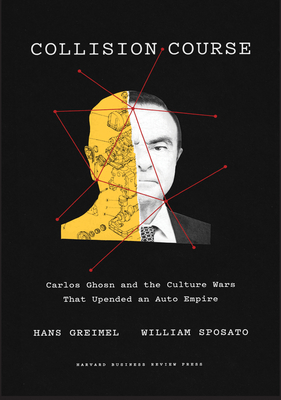 Collision Course: Carlos Ghosn and the Culture Wars That Upended an Auto Empire

The officious agent did a double take at his papers. We have a problem with your passport. Can we move please to another room to discuss something? Ghosn never saw it coming.

In Japan it's called the Ghosn Shock—the stunning arrest of Carlos Ghosn, the jet-setting CEO who saved Nissan and made it part of a global automotive empire. Even more shocking was his daring escape from Japan, packed into a box and put on a private jet to Lebanon after months spent in a Japanese detention center, subsisting on rice gruel.

How did it come to this, and why? This is the sprawling story of what led to the Ghosn Shock and what was left in its wake. The book chronicles Ghosn's two decades building a colossal partnership between Nissan and Renault. To the world it looked like a new model for a global business, but the alliance's shiny image fronted an unsteady, tense operation. Culture clashes, infighting among executives and engineers, dueling corporate traditions, and government maneuvering constantly threatened the venture.

Tokyo-based journalists Hans Greimel and William Sposato have followed, up close, Ghosn's two-decade career in Japan and have witnessed the end of the Japanese bubble economy and botched attempts at opening Japan Inc. to the world. They've seen the fraying of keiretsu, Japan's traditional skein of business relationships, and covered a number of corporate scandals, of which the Ghosn Shock ranks number one.

Expertly reported, Collision Course explores the complex suspicions around what and who was really responsible for Ghosn's ouster. It explains how economics, history, national interests, legal traditions, and hubris converged on arguably the most important foreign businessman ever to set foot in Japan.

This gripping narrative serves as part cautionary tale, part object lesson, and part forewarning of the increasing complexity of doing global business in a nationalistic world.

Collision Course: Carlos Ghosn and the Culture Wars That Upended an Auto Empire

Hans Greimel is an award-winning American business journalist based in Tokyo, where he serves as Asia Editor for Automotive News, overseeing coverage from Japan, China, and South Korea. 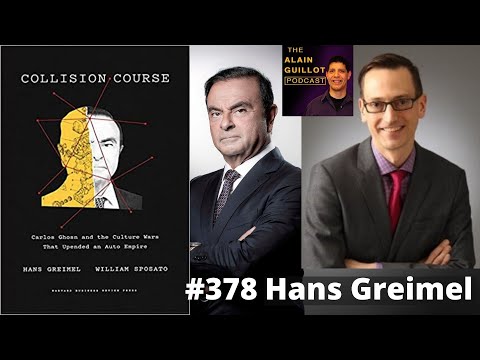