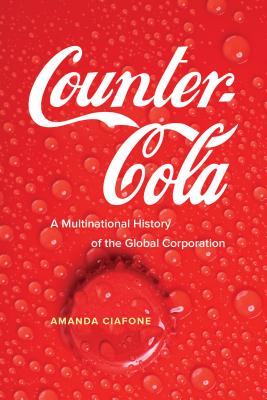 Counter-Cola: A Multinational History of the Global Corporation

Counter-Cola charts the history of one of the world's most influential and widely known corporations, The Coca-Cola Company. Over the past 130 years, the corporation has sought to make its products, brands, and business central to daily life in over 200 countries. Amanda Ciafone uses this example of global capitalism to reveal the pursuit of corporate power within the key economic transformations--liberal, developmentalist, neoliberal--of the twentieth and twenty-first centuries.

Coca-Cola's success has not gone uncontested. People throughout the world have redeployed the corporation, its commodities, and brand images to challenge the injustices of daily life under capitalism. As Ciafone shows, assertions of national economic interests, critiques of cultural homogenization, fights for workers' rights, movements for environmental justice, and debates over public health have obliged the corporation to justify itself in terms of the common good, demonstrating capitalism's imperative to either assimilate critiques or reveal its limits.

Counter-Cola: A Multinational History of the Global Corporation

Amanda Ciafone is a cultural historian of capitalism, especially interested in culture industries and the role of the media in constructing meaning around economic and social relations. Her research and teaching is at the nexus of various fields including cultural history and cultural studies of the United States in the world, especially Latin America; political economy; culture and media industries; and social movements.

Professor Ciafone's first book, Counter-Cola: A Multinational History of the Global Corporation (University of California, 2019), examines The Coca-Cola Company and the politics, cultural representations, and social movements around the multinational corporation. Additional research and teaching materials can be found in the Scalar-produced multimedia digital companion to Counter-Cola.

She is currently at work on a new book project on the relationship between technology and old age, as part of the new, growing field of humanistic studies of aging.

Professor Ciafone co-edits the University of Illinois books series, The Geopolitics of Information, which publishes critical studies of global media and political economy.