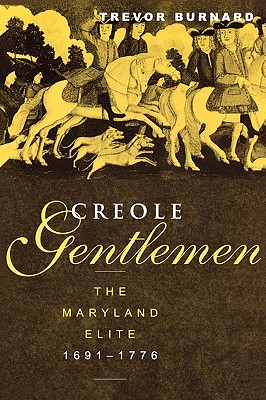 Examining the lives of 460 of the wealthiest men who lived in colonial Maryland, Burnard traces the development of this elite from a hard-living, profit-driven merchant-planter class in the seventeenth century to a more genteel class of plantation owners in the eighteenth century. This study innovatively compares these men to their counterparts elsewhere in the British Empire, including absentee Caribbean landowners and East Indian nabobs, illustrating their place in the Atlantic economic network.
Creole Gentlemen: The Maryland Elite, 1691-1776