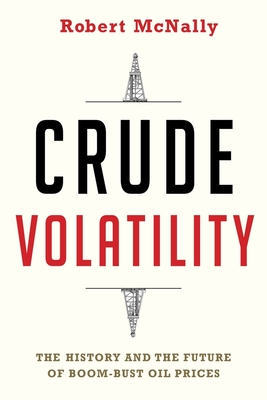 Crude Volatility: The History and the Future of Boom-Bust Oil Prices

As OPEC has loosened its grip over the past ten years, the oil market has been rocked by wild price swings, the likes of which haven't been seen for eight decades. Crafting an engrossing journey from the gushing Pennsylvania oil fields of the 1860s to today's fraught and fractious Middle East, Crude Volatility explains how past periods of stability and volatility in oil prices help us understand the new boom-bust era. Oil's notorious volatility has always been considered a scourge afflicting not only the oil industry but also the broader economy and geopolitical landscape; Robert McNally makes sense of how oil became so central to our world and why it is subject to such extreme price fluctuations.

Tracing a history marked by conflict, intrigue, and extreme uncertainty, McNally shows how--even from the oil industry's first years--wild and harmful price volatility prompted industry leaders and officials to undertake extraordinary efforts to stabilize oil prices by controlling production. Herculean market interventions--first, by Rockefeller's Standard Oil, then, by U.S. state regulators in partnership with major international oil companies, and, finally, by OPEC--succeeded to varying degrees in taming the beast. McNally, a veteran oil market and policy expert, explains the consequences of the ebbing of OPEC's power, debunking myths and offering recommendations--including mistakes to avoid--as we confront the unwelcome return of boom and bust oil prices.

Crude Volatility: The History and the Future of Boom-Bust Oil Prices

Robert McNally is a Non-Resident Fellow at the Center on Global Energy Policy, and the author of Crude Volatility: The History and the Future of Boom-Bust Oil Prices, published by the Columbia University Press.

Mr. McNally started his professional career in 1991 as an oil market analyst and consultant with Energy Security Analysis, Inc. In 1994, he joined Tudor Investment Corporation and for twelve subsequent years analyzed energy markets, macroeconomic policy, and geopolitics for Tudor portfolio managers, earning promotion to Vice President and Managing Director. From 2001 to 2003, Mr. McNally served as the top international and domestic energy adviser on the White House staff, holding the posts of Special Assistant to the President on the National Economic Council and, in 2003, Senior Director for International Energy on the National Security Council. Mr. McNally served in the Peace Corps in Senegal from 1988-1990.

Mr. McNally earned his double major BA/BS in International Relations and Political Science from American University and his MA in International Economics and American Foreign Policy from Johns Hopkins Paul H. Nitze School of Advanced International Studies (SAIS). He was co-chair for energy policy on the 2008 Romney Campaign, served on the Policy Advisory Committee for Senator Marco Rubio's 2010 campaign, and regularly advises congressional and administration officials on energy policy and markets. Mr. McNally is a Member of the National Petroleum Council.

Mr. McNally has testified to the House and Senate on energy markets and national security and speaks to professional conferences on energy markets, policy, and geopolitics. He has been published in Foreign Affairs (co-authored essay with Michael Levi, July/August 2011) and has been interviewed by CNN, The Economist, Fox Business, The Financial Times, The Washington Post, National Journal, Platts Energy Week TV, PBS' Great Decisions in Foreign Policy series, Bloomberg News, Aviation Daily and other programs and journals. 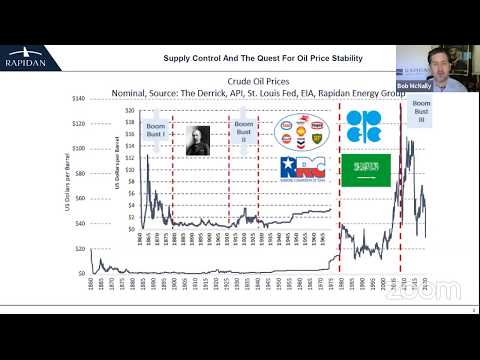 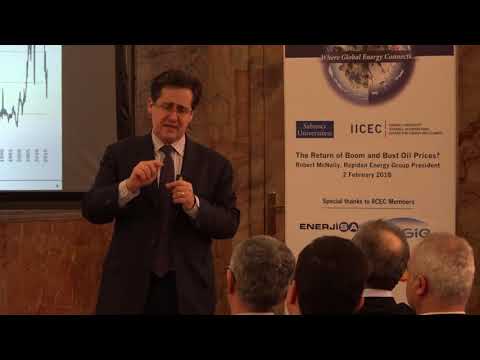