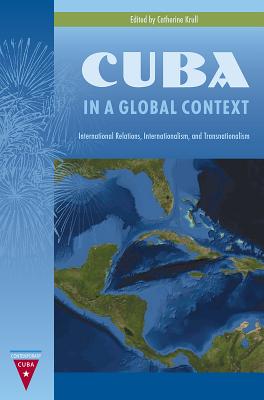 Krull has assembled an impressive array of international scholars to examine Cuba's impact on international relations.--Mervyn Bain, author of Russian-Cuban Relations since 1992 An anthology of insightful essays that outruns the information blockade on Cuba.--Ricardo A. Dello Buono, coeditor of Cuba in the Twenty-First Century There is a great deal more to Cuba's place on the global stage than its contentious relationship with the United States. Taking a refreshing look at Cuban international relations, contributors to this volume from both inside and outside the island explore the myriad ways in which it has not only maintained but often increased its reach and influence. In Latin America, Europe, Africa, and Asia, Cuba has assumed a geopolitical role of unlikely prominence.
Even in the face of the ongoing U.S. embargo, Cubans have seen improvement in the quality of their lives. Shedding new light on Cuban diplomacy with communist China as well as with Western governments such as Great Britain and Canada, these essays reveal how the promotion of increased economic and political cooperation between Cuba and Venezuela served as a catalyst for the Petrocaribe group. Links established with countries in the Caribbean and Central America have increased tourism, medical diplomacy, and food sovereignty across the region. Cuban transnationalism has also succeeded in creating people-to-people contacts involving those who have remained on the island and members of the Cuban diaspora.
While the specifics of Cuba's international relations are likely to change as new leaders take over, the role of Cubans working to assert their sovereignty has undoubtedly, as this volume demonstrates, impacted every corner of the globe. Cuba's domestic and political successes may even serve as models for other developing countries.
Cuba in a Global Context: International Relations, Internationalism, and Transnationalism

Dr. Krull is a Professor in the Department of Sociology.  Prior to joining Uvic in 2014, she was a Professor of Sociology and Cultural Studies at Queen's University where she continues to supervise a number of graduate students.

In the past few years, she has specifically focused on 1) Cuba's 'other' Diasporas; 2) Women's Participation and Resistance in Cuba's Revolution and Special Period; 3) Women's Equity, Family Diversity and Canadian Family Policies; and 4) Reproductive Politics in Quebec (the latter two have a strong emphasis on aboriginal issues).

Her work has been presented at numerous international academic venues and published in a variety of countries and disciplinary journals, including Social Forces, Cuban Studies Series, Policy Studies, Psychology of Women Quarterly, Annals of the Royal College of Physicians and Surgeons, Diplomacy and Statecraft and Sociological Inquiry.

She served as Editor of the Cuban Studies series until 2013 and continues to serve as Editor-in-Chief of the Canadian Journal of Latin America and Caribbean Studies (Routledge Press).