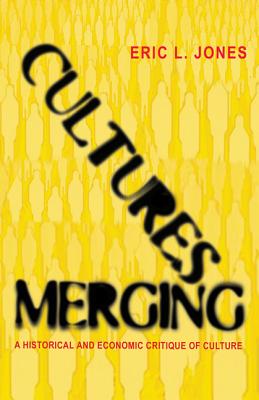 Cultures Merging: A Historical and Economic Critique of Culture

Economists agree about many things--contrary to popular opinion--but the majority agree about culture only in the sense that they no longer give it much thought. So begins the first chapter of Cultures Merging, in which Eric Jones--one of the world's leading economic historians--takes an eloquent, pointed, and personal look at the question of whether culture determines economics or is instead determined by it.

Bringing immense learning and originality to the issue of cultural change over the long-term course of global economic history, Jones questions cultural explanations of much social behavior in Europe, East Asia, the United States, Australia, and the Middle East. He also examines contemporary globalization, arguing that while centuries of economic competition have resulted in the merging of cultures into fewer and larger units, these changes have led to exciting new syntheses.

Culture matters to economic outcomes, Jones argues, but cultures in turn never stop responding to market forces, even if some elements of culture stubbornly persist beyond the time when they can be explained by current economic pressures. In the longer run, however, cultures show a fluidity that will astonish some cultural determinists. Jones concludes that culture's ghostly transit through history is much less powerful than noneconomists often claim, yet it has a greater influence than economists usually admit.

The product of a lifetime of reading and thinking on culture and economics, a work of history and an analysis of the contemporary world, Cultures Merging will be essential reading for anyone concerned about the interaction of cultures and markets around the world.

Cultures Merging: A Historical and Economic Critique of Culture

He was born in Andover, Hampshire, in 1936 and educated at the Universities of Nottingham (B.A.) and Oxford (M.A., D.Phil.), earning the higher doctorate from Oxford (D.Litt.) in 1985. He taught in England at Oxford and Reading Universities and in the United States at Northwestern University, and has held many visiting positions, including at the Institutes of Advanced Study at Princeton, Berlin and Wassenaar (Netherlands).

He has published 100 books and articles, including The European Miracle, Growth Recurring, Cultures Merging, and Locating the Industrial Revolution.