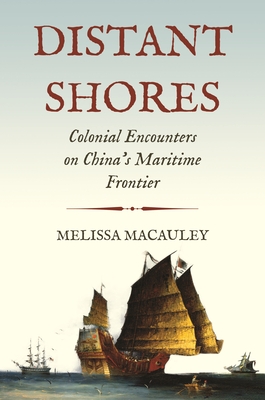 China has conventionally been considered a land empire whose lack of maritime and colonial reach contributed to its economic decline after the mid-eighteenth century. Distant Shores challenges this view, showing that the economic expansion of southeastern Chinese rivaled the colonial ambitions of Europeans overseas.

In a story that dawns with the Industrial Revolution and culminates in the Great Depression, Melissa Macauley explains how sojourners from an ungovernable corner of China emerged among the commercial masters of the South China Sea. She focuses on Chaozhou, a region in the great maritime province of Guangdong, whose people shared a repertoire of ritual, cultural, and economic practices. Macauley traces how Chaozhouese at home and abroad reaped many of the benefits of an overseas colonial system without establishing formal governing authority. Their power was sustained instead through a mosaic of familial, fraternal, and commercial relationships spread across the ports of Bangkok, Singapore, Saigon, Hong Kong, Shanghai, and Swatow. The picture that emerges is not one of Chinese divergence from European modernity but rather of a convergence in colonial sites that were critical to modern development and accelerating levels of capital accumulation.

A magisterial work of scholarship, Distant Shores reveals how the transoceanic migration of Chaozhouese laborers and merchants across a far-flung maritime world linked the Chinese homeland to an ever-expanding frontier of settlement and economic extraction.

Melissa Macauley (Ph.D., Berkeley, 1993) specializes in late imperial and modern Chinese history. Her research interests include social history and legal culture, the interconnected history of southeast coastal China and Southeast Asia, the dynamics of transnational crime in the context of migration and trade, and the transformation of non-Western law in the age of colonialism and imperialism.

She is completing a book on the entangled history of a region on the southeast coast of China (Chaozhou or Teochew) and the port polities of the South China Sea from the seventeenth century to 1927.

Her first book, Social Power and Legal Culture: Litigation Masters in Late Imperial China, was named a Choice Outstanding Academic Book in 1999. Her work has been supported by the American Council of Learned Societies, the National Endowment for the Humanities, the Mellon Foundation, the U.S. Department of Education (Fulbright-Hays), and the Bunting Institute of Radcliffe College, among others.

She also has served as the An Wang Postdoctoral Fellow in Chinese Studies at Harvard University, a member of the Institute for Advanced Study (Princeton, NJ), and a Senior Research Scholar at the Institute for Qing History at Renmin University (Beijing). She was awarded a Distinguished Teaching Award in 1999 and named a Charles Deering McCormick Professor of Teaching Excellence in 2004.