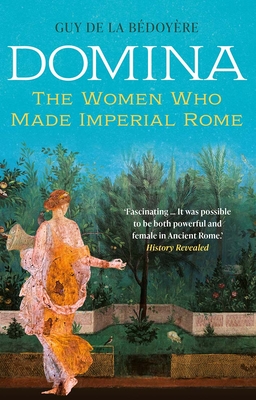 Domina: The Women Who Made Imperial Rome

History associates the early Roman Empire with its male rulers, yet not one of the Julio-Claudian dynasty's emperors was the blood son of his predecessor. Now, this captivating popular history shines a light on Livia, Octavia, and the other forgotten women whose ambition, bloodline, and daring shaped an empire.
Domina: The Women Who Made Imperial Rome