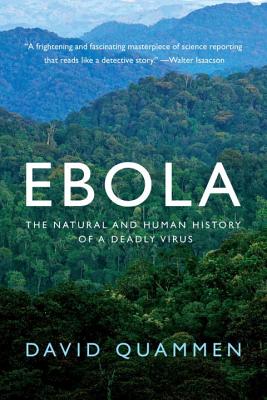 Ebola: The Natural and Human History of a Deadly Virus

In 1976 a deadly virus emerged from the Congo forest. As swiftly as it came, it disappeared, leaving no trace. Over the four decades since, Ebola has emerged sporadically, each time to devastating effect. It can kill up to 90 percent of its victims. In between these outbreaks, it is untraceable, hiding deep in the jungle. The search is on to find Ebola's elusive host animal. And until we find it, Ebola will continue to strike. Acclaimed science writer and explorer David Quammen first came near the virus while he was traveling in the jungles of Gabon, accompanied by local men whose village had been devastated by a recent outbreak. Here he tells the story of Ebola--its past, present, and its unknowable future.

Extracted from Spillover by David Quammen, updated and with additional material.

Ebola: The Natural and Human History of a Deadly Virus

I was born in 1948 and raised in the suburbs of Cincinnati, closely adjacent to a hardwood forest, in which I spent much of my boyhood. Then bulldozers came and scraped the forest away, a formative experience.  In 1973, after education at Yale and Oxford and the publication of one novel, I moved to Montana, not foreseeing I would stay there a lifetime.  My second book, a spy novel, appeared in 1983.  Another spy novel, The Soul of Viktor Tronko, based on historical events in the case of a certain Russian defector, was published by Doubleday in 1987 and sank like a hot pistol tossed into the Potomac.  Blood Line: Stories of Fathers and Sons was published by Graywolf a year later.  Meanwhile I had transmogrified into a nonfiction writer.

In 1981 I began as a columnist for Outside Magazine and continued that role for fifteen years.  Selections of the columns, along with some longer pieces done for Outside and other magazines, comprise my four books of short nonfiction: Natural Acts (1985), The Flight of the Iguana (1988), Wild Thoughts from Wild Places (1998), and The Boilerplate Rhino (2000).  A revised, culled, and re-expanded edition of Natural Acts was published by W.W. Norton in 2008.  My four full-length nonfiction books are The Song of the Dodo (1996), Monster of God (2003), The Reluctant Mr. Darwin (2006), and Spillover (2012).  Spillover was a finalist for seven awards and received two of them: the Science and Society Book Award, given by the National Association of Science Writers, and the Society of Biology (UK) Book Award in General Biology..

In 1999 I was asked by National Geographic david quammento write a series of three stories about J. Michael Fay's epic 2000-mile survey hike through the forests of Central Africa, an expedition that became known as the Megatransect.  I walked for eight weeks with Fay across portions of the Congo and Ogooué river basins.  After my feet healed and those stories had run, I continued working for National Geographic and now hold a position as Contributing Writer.  In 2004 I wrote the National Geographic cover story "Was Darwin Wrong?," which won the third of my National Magazine Awards. The August 2013 issue of Nat Geo carried two stories by me on the African Lion: "The Short Happy Life of a Serengeti Lion," done with the photographer Michael "Nick" Nichols (who had also been my partner on the Megatransect series) and a shorter piece on lion-human conflict, with photos by Brent Stirton. One of the best things about working for National Geographic is the opportunity to collaborate with world-class photographers, tough, artful, and humane, such as these two.

I've received honorary doctorates from Montana State University and Colorado College.  I have also been helped materially along the way, in my education and in my leaner freelancing years, by a Rhodes scholarship, a Guggenheim fellowship, and a Lannan Literary Award for nonfiction.  From 2007 to 2009 I served as Wallace Stegner Professor of Western American Studies (a rotating, three-year gig by definition) at Montana State University.  I live in Bozeman with my wife, Betsy Gaines Quammen, a conservationist, who is currently doing a Ph.D. in environmental history at Montana State University, and our family of large white dogs and a cat.  Having retired from whitewater kayaking and ice hockey, the diversions of my impetuous middle age, I continue to bicycle and ski.  Telemark: free your heels, etc.  I also spend quite a lot of time walking the dogs. It doesn't offer much exercise (except for them) but it doubles as meditation.

My new book project, begun in late 2013, involves molecular phylogenetics and the idea of the Tree of Life. 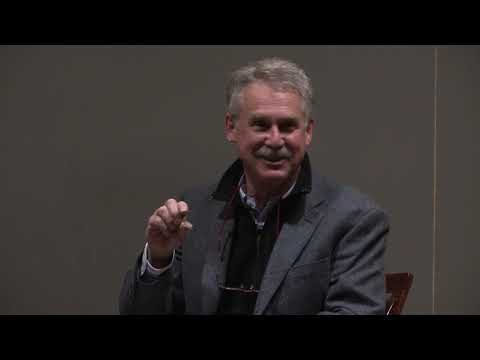 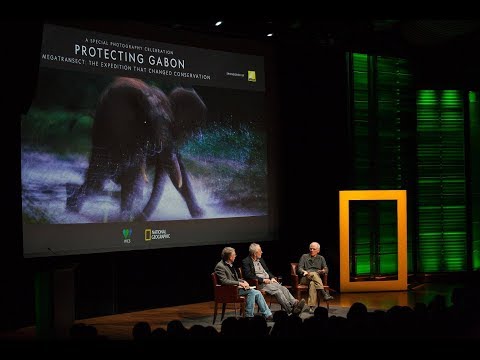