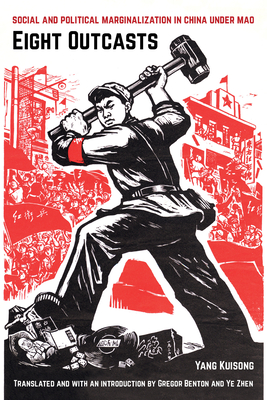 Eight Outcasts: Social and Political Marginalization in China Under Mao

The 1949 Communist Revolution marked a period of earthshaking change in China. Political, economic, ideological, and cultural movements galvanized the country, culminating in dramatic social transformations at all levels, including the persecution of hundreds of thousands of the country's citizens. Based on normally inaccessible records of confessions, interrogations, trial transcripts, and depositions, Eight Outcasts tells the stories of eight victims of the Maoist dictatorship. It introduces readers to individuals accused of infractions such as corruption, political wrong thinking, homosexuality, illicit sexual activity, foreign ties, or historical problems (connections to the former Kuomintang regime) in the period between the revolution and Mao's death in 1976. Each chapter brings stories of China's voiceless citizens to light, broadening our knowledge of this important transitional period.
Eight Outcasts: Social and Political Marginalization in China Under Mao

Yang Kuisong is a world leader in Chinese Communist Party history. After graduating from People’s University, he worked at the Central Party School, editing Research in Party History. He has held positions at People’s University and the Modern History Institute of the Chinese Academy of Social Sciences.

He now teaches at East China Normal University and at Peking University. His many works include Unbearable Solicitude: Intellectuals and Politics at the time of the 1949 Revolution (2013), A New Perspective on the Xi’an Incident: Zhang Xueliang and the CCP (2012), and Gratefulness and Resentment in Mao Zedong’s Relation with Moscow (2008).