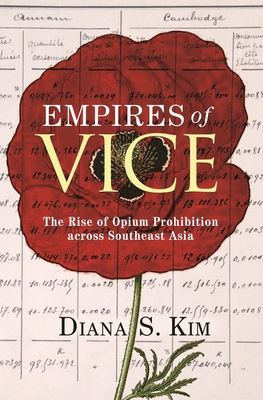 Empires of Vice: The Rise of Opium Prohibition Across Southeast Asia

During the late nineteenth century, opium was integral to European colonial rule in Southeast Asia. The taxation of opium was a major source of revenue for British and French colonizers, who also derived moral authority from imposing a tax on a peculiar vice of their non-European subjects. Yet between the 1890s and the 1940s, colonial states began to ban opium, upsetting the very foundations of overseas rule--how did this happen? Empires of Vice traces the history of this dramatic reversal, revealing the colonial legacies that set the stage for the region's drug problems today.

Diana Kim challenges the conventional wisdom about opium prohibition--that it came about because doctors awoke to the dangers of drug addiction or that it was a response to moral crusaders--uncovering a more complex story deep within the colonial bureaucracy. Drawing on a wealth of archival evidence across Southeast Asia and Europe, she shows how prohibition was made possible by the pivotal contributions of seemingly weak bureaucratic officials. Comparing British and French experiences across today's Burma, Cambodia, Laos, Malaysia, Singapore, and Vietnam, Kim examines how the everyday work of local administrators delegitimized the taxing of opium, which in turn made major anti-opium reforms possible.

Empires of Vice reveals the inner life of colonial bureaucracy, illuminating how European rulers reconfigured their opium-entangled foundations of governance and shaped Southeast Asia's political economy of illicit drugs and the punitive state.

Empires of Vice: The Rise of Opium Prohibition Across Southeast Asia

I am an Assistant Professor at Georgetown University in the Edmund A. Walsh School of Foreign Service, and a core faculty member of the Asian Studies Program.

My scholarship is animated by concerns with how modern states develop capacity to define people at the edges of respectable society, constructing what it means to be illicit, marginal, and deviant. My research and teaching crosses disciplinary boundaries between political science and history, with area focus on Southeast and East Asia.

My new book, entitled Empires of Vice (Princeton University Press, Histories of Economic Life Series) is a comparative and historical study of opium prohibition across Southeast Asia, which sheds light on the colonial legacies shaping the region’s drug-related problems today. It won the 2021 Giovanni Sartori Book Award and an honorable mention for the Charles Taylor Book Award from the American Political Science Association.

I am a US-Korea NextGen Scholar with the Center for Strategic and International Studies and a Silvers Grant recipient with the New York Review of Books. During 2021-2022, I am a member of the Institute for Advanced Study, School of Historical Studies.

Before joining Georgetown University, I was a postdoctoral Prize Fellow in Economics, History, and Politics at Harvard University. I received my Ph.D. in Political Science from the University of Chicago and B.A. from Korea University. 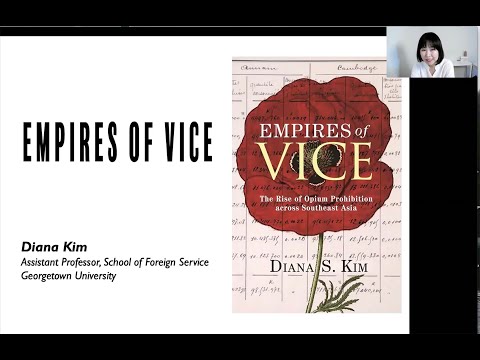 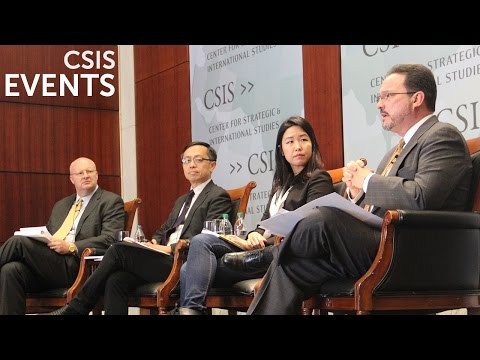