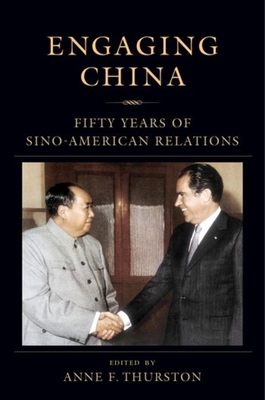 The importance of the relationship between the United States and the People's Republic of China has only grown since Richard Nixon's epochal visit in 1972. By the early twenty-first century, when the rise of China had become an inescapable fact, most American policy makers and experts saw bilateral ties with China as the most consequential foreign-relations priority for the United States.

In recent years, even before the coronavirus pandemic, the U.S.-China relationship has rapidly deteriorated--and the whole world has felt the consequences. This book brings together leading China specialists to offer a retrospective on relations between the United States and China over the last half-century and consider what might be next. The contributors--including academics, leaders of China-related nongovernmental organizations, and former diplomats and government officials--analyze the relationship from a range of perspectives: political, diplomatic, economic, social, cultural, commercial, educational, medical, and military. They reassess American engagement with China from the late Mao years onward, covering leaders from Deng Xiaoping through Xi Jinping. The contributors highlight not only the accomplishments and hard-won successes of engagement but also the mistakes and misunderstandings, acknowledging the well-earned distrust and genuine frictions that plague the relationship today.

Multidisciplinary and comprehensive, Engaging China is a vital reconsideration for a time when the stakes of U.S. policy toward China have never been higher.

As director of the Grassroots China Initiative, works with local NGOs in China; former associate professor at Johns Hopkins SAIS and assistant professor at Fordham University; was China staff member at the Social Science Research Council; recipient of fellowships from the Rockefeller Foundation, the John D. and Catherine T. MacArthur Foundation, the United States Institute of Peace, the Woodrow Wilson International Center for Scholars and the National Endowment for the Humanities; member of the National Committee on US-China Relations; PhD, political science, University of California, Berkeley.