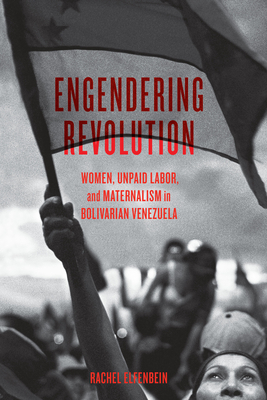 In 1999, Venezuela became the first country in the world to constitutionally recognize the socioeconomic value of housework and enshrine homemakers' social security. This landmark provision was part of a larger project to transform the state and expand social inclusion during Hugo Ch�vez's presidency. The Bolivarian revolution opened new opportunities for poor and working-class--or popular--women's organizing. The state recognized their unpaid labor and maternal gender role as central to the revolution. Yet even as state recognition enabled some popular women to receive public assistance, it also made their unpaid labor and organizing vulnerable to state appropriation.

Offering the first comprehensive analysis of this phenomenon, Engendering Revolution demonstrates that the Bolivarian revolution cannot be understood without comprehending the gendered nature of its state-society relations. Showcasing field research that comprises archival analysis, observation, and extensive interviews, these thought-provoking findings underscore the ways in which popular women sustained a movement purported to exalt them, even while many could not access social security and remained socially, economically, and politically vulnerable.

An independent scholar, Elfenbein holds a PhD in sociology from Simon Fraser University and was a Fulbright scholar to Venezuela. She was awarded the Latin American Studies Association’s 2018 Helen Safa Award for the research featured in Engendering Revolution. She works as an educator, researcher, facilitator, and counselor with civil society organizations in North America and southern Africa.