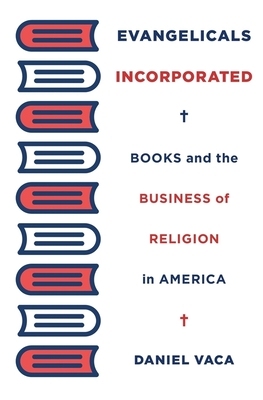 Evangelicals Incorporated: Books and the Business of Religion in America

A new history explores the commercial heart of evangelical Christianity.

According to Daniel Vaca, evangelicalism depends upon commercialism. Tracing the once-humble evangelical book industry's emergence as a lucrative center of the US book trade, Vaca argues that evangelical Christianity became religiously and politically prominent through business activity. Through areas of commerce such as branding, retailing, marketing, and finance, for-profit media companies have capitalized on the expansive potential of evangelicalism for more than a century.

Rather than treat evangelicalism as a type of conservative Protestantism that market forces have commodified and corrupted, Vaca argues that evangelicalism is an expressly commercial religion. Although religious traditions seem to incorporate people who embrace distinct theological ideas and beliefs, Vaca shows, members of contemporary consumer society often participate in religious cultures by engaging commercial products and corporations. By examining the history of companies and corporate conglomerates that have produced and distributed best-selling religious books, bibles, and more, Vaca not only illustrates how evangelical ideas, identities, and alliances have developed through commercial activity but also reveals how the production of evangelical identity became a component of modern capitalism.

Evangelicals Incorporated: Books and the Business of Religion in America

Daniel Vaca teaches in the Department of Religious Studies, where his research and teaching explore histories of religion and culture in North America, focusing especially on relationships between religious and economic activity in the United States. His first book, Evangelicals Incorporated: Books and the Business of Religion in America (Harvard, 2019), traces the history of the evangelical book industry and its audience since the end of the nineteenth century, exploring how evangelical theological preoccupations, racial divisions, cultural identities, and institutional alliances have taken shape through commercial strategy and corporate initiative.

During the 2020-2021 academic year, Vaca is on leave from Brown as a faculty fellow at the Charles Warren Center for Studies in American History at Harvard University, where he is working on his second book project. Tentatively entitled A Religious History of Taxes in America, this project invites readers to see taxes and taxation as more than a secular obligation of citizenship in a modern economy. By examining ideas, behaviors, and aspirations that have oriented disagreements about varied features of particular tax regimes, this project reveals how tax policies and practices continually have premised their fiscal strategies upon priorities, commitments, and theories of change that the study of religion brings into view.

Vaca is the co-chair of the American Academy of Religion's Religion and Economy program unit and served as the associate editor of "A Universe of Terms," a collection of essays on key concepts in the study of religion and secularism published on the Social Science Research Council's digital publication The Immanent Frame. 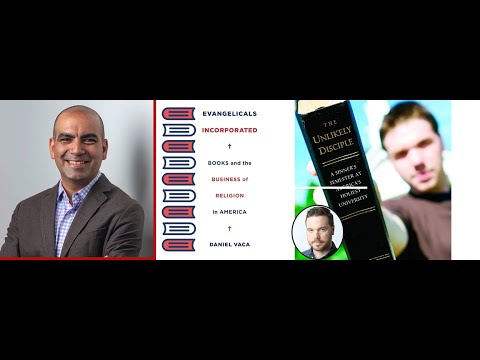