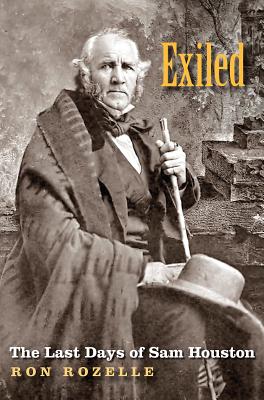 After an undisputed record of political achievement--leading the decisive battle for Texas independence at San Jacinto, serving twice as president of the Republic of Texas, twice again as a United States senator after annexation, and finally as governor of Texas--Sam Houston found himself in the winter of his life in a self-imposed exile among the pines of East Texas.

Houston was often a bundle of complicated contradictions. He was a spirited advocate for public education but had little formal education himself. He was very much a Jackson man but disagreed with his mentor on the treatment of Native Americans. He was a slaveholder who opposed abolition but scuttled his own political reputation by resisting the South's move toward secession.

After refusing to take an oath of loyalty to the Confederacy in 1861, Houston was swiftly evicted from the governor's office. Let me tell you what is coming, he later said from a window at the Tremont Hotel in Galveston. After the sacrifice of countless millions of treasure and hundreds of thousands of lives, you may win Southern independence if God be not against you, but I doubt it. Houston died just two years later, and the nation was indeed fractured.