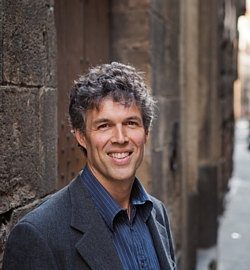 Extra Virginity: The Sublime and Scandalous World of Olive Oil

Tom is currently writing a non-fiction book on individuals, corporations and the law to be published in 2017 by Penguin-Random House (in their Riverhead imprint); and completing Subterranea, an historical novel and archaeological thriller set in the physical and psychic strata of Rome. He lives with my family in a small village in northwest Italy, near the French border.

For centuries olive oil has been sought after in the Mediterranean world for its nutritive and culinary properties. Extracted from fruit, unlike other vegetable oils derived from seeds, olive oil has unique properties in taste, flavor and nutrition. With the advent of globalization in the recent decades, olive oil is now gaining new ground across regions and cultures around the world. However, high quality olive oil remains expensive, difficult to make and easy to adulterate.

In the days of the Roman Empire, the precious extract attained the status equivalent to the petroleum industry of today. Unfortunately, little has changed over the centuries when it comes to fraudulent practices seeking to make quick profits by marketing adulterated liquid to unsuspecting consumers. Today, the olive oil industry continues to suffer from adulteration, criminal activities, misleading marketing campaigns, and deceptive labeling tricks.

In Extra Virginity, Tom Mueller complements the historical and business perspectives on olive oil with insights into how recent technological and agricultural advances have improved the making of “liquid gold.”