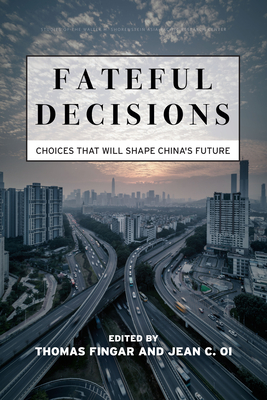 China's future will be determined by how its leaders manage its myriad interconnected challenges. In Fateful Decisions, leading experts from a wide range of disciplines eschew broad predictions of success or failure in favor of close analyses of today's most critical demographic, economic, social, political, and foreign policy challenges. They expertly outline the options and opportunity costs entailed, providing a cutting-edge analytic framework for understanding the decisions that will determine China's trajectory.

Xi Jinping has articulated ambitious goals, such as the Belt and Road Initiative and massive urbanization projects, but few priorities or policies to achieve them. These goals have thrown into relief the crises facing China as the economy slows and the population ages while the demand for and costs of education, healthcare, elder care, and other social benefits are increasing. Global ambitions and a more assertive military also compete for funding and policy priority. These challenges are compounded by the size of China's population, outdated institutions, and the reluctance of powerful elites to make reforms that might threaten their positions, prerogatives, and Communist Party legitimacy. In this volume, individual chapters provide in-depth analyses of key policies relating to these challenges. Contributors illuminate what is at stake, possible choices, and subsequent outcomes. This volume equips readers with everything they need to understand these complex developments in context.