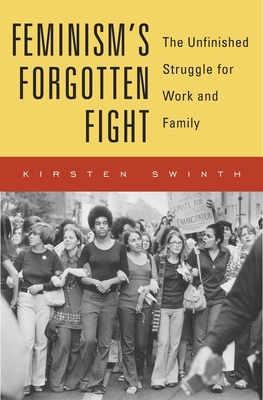 Feminism's Forgotten Fight: The Unfinished Struggle for Work and Family

A spirited defense of feminism, arguing that the lack of support for working mothers is less a failure of second-wave feminism than a rejection by reactionaries of the sweeping changes they campaigned for. When people discuss feminism, they often lament its failure to deliver on the promise that women can have it all. But as Kirsten Swinth argues in this provocative book, it is not feminism that has betrayed women, but a society that balked at making the far-reaching changes for which activists fought. Feminism's Forgotten Fight resurrects the comprehensive vision of feminism's second wave at a time when its principles are under renewed attack. Through compelling stories of local and national activism and crucial legislative and judicial battles, Swinth's history spotlights concerns not commonly associated with the movement of the 1960s and 1970s. We see liberals and radicals, white women and women of color, rethinking gender roles and redistributing housework. They brought men into the fold, and together demanded bold policy changes to ensure job protection for pregnant women and federal support for child care. Many of the creative proposals they devised to reshape the workplace and rework government policy-such as guaranteed incomes for mothers and flex time-now seem prescient. Swinth definitively dispels the notion that second-wave feminists pushed women into the workplace without offering solutions to issues they faced at home. Feminism's Forgotten Fight examines activists' campaigns for work and family in depth, and helps us see how feminism's opponents-not feminists themselves-blocked the movement's aspirations. Her insights offer key lessons for women's ongoing struggle to achieve equality at home and work.
Feminism's Forgotten Fight: The Unfinished Struggle for Work and Family

My research interests center on the social and cultural history of the US since World War II, but I have also written on the Gilded Age and Progressive Era. My current focus is on gender and women’s history as it intersects with postwar US labor and economic history. I have a strong background in US visual and popular culture as well. My training is in American studies and I rely on an interdisciplinary approach in my work.

My current book in progress is The Rise of the Working Family: A Story of Peril, Promise, and Working Mothers at the Breaking Point, 1975-2020. In this first history of the contemporary American “working family,” I argue that a surge in mothers’ paid labor in the last half of the twentieth century provoked a deep cultural crisis. Although largely overlooked by historians, mothers’ growing participation in a postindustrial workforce ended the nearly two-hundred-year reign of a domesticideal of male breadwinner and female homemaker. I show how, in a major reordering of social relations, Americans forged a new normative family ideal in the 1980s that came to be called the “working family.” Women and men from various backgrounds turned to media, social science, and politics to mold this norm in divergent ways. I trace the ideal’s variants as well as discarded possibilities, and I analyze how working mothers crystallized the anxieties and desires unleashed by new realities. By foregrounding the working family, my work contributes fresh interpretations of gender and family history, U.S. conservatism, and post-Fordist capitalism.

Rise of the Working Family builds on my recent book, Feminism’s Forgotten Fight: The Unfinished Struggle for Work and Family (Harvard University Press, 2018). That book provides a fresh account of second-wave American feminBook cover for Dr. Swinth's book Feminism's Forgotten Flightism by uncovering a hidden history of activism. I reveal the rich 1960s and 1970s feminist activism on behalf of issues that we call today “work and family”--from childcare and family leave to involved fatherhood and shared housework. Feminism’s Forgotten Fight offers a lively revisionist history of the American women’s movement. It debunks the myth that feminists  threw women into the workplace, and then ignored them.

Feminists never simply wanted to insert women into the workplace as replicas of 1950’s men. Rather, liberal and radical activists, white women and women of color reconceptualized sex roles and the family order. They demanded that the government support caring for children by providing both allowances for mothers staying at home and universal childcare. Exposing the prevailing male- breadwinner/female-homemaker norm as discriminatory and out of step with most Americans’ lives, feminists put forward creative proposals to reshape workplaces and government policies, many of which, such as flex- and part-time work, now seem prescient. Historians have acknowledged many of these goals, but Feminism’s Forgotten Fight is the first study to examine feminist campaigns for them in depth and to connect them all within an overarching narrative.  With compelling stories of local and national activists, and of crucial judicial battles, this book restores the comprehensive vision feminists pursued. Feminism’s Forgotten Fight offers a timely intervention for the resurgent feminism of the Trump era.

My earlier scholarship examined gender, culture, and labor in the art world at the turn of the century. In Painting Professionals: Women Artists and the Development of Modern American Art, 1870-1930 (University of North Carolina Press, 2001), I traced the careers of two generations of American women artists who flooded the art world starting in the 1870s.  I showed the significance of culture to Progressive Era social reform with an edited document collection, How Did Settlement Workers at Greenwich House Promote the Arts as Integral to a Shared Social Life? for Women and Social Movements in the United States, 1600-2000 (Alexander Street Press, 2006).

My work has been featured in the New York Times and the Washington Post, and on CNN.com, The Christian Science Monitor, the Huffington Post, and on public radio’s “To the Point.” I lecture regularly on women and work, the women’s movement, women in the art world, postwar America, and the Gilded Age and Progressive Eras. I have been featured on CSPAN’s Talking History. Fordham News interviewed Dr. Swinth about her new book, Feminism's Forgotten Fight. Read New Book by History Professor Recasts Second-Wave Feminism. 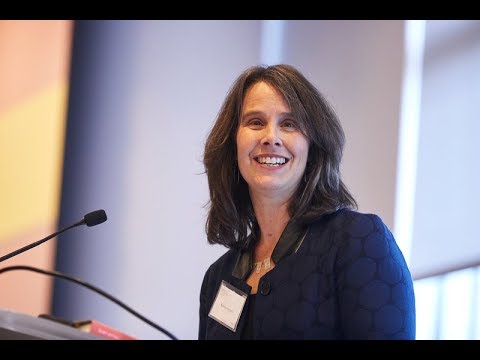 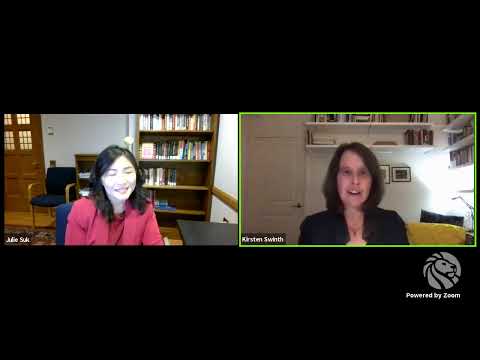