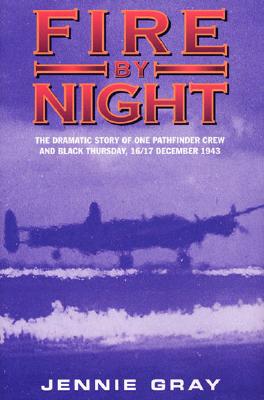 Fire by Night: The Dramatic Story of One Pathfinder Crew and Black Thursday,16/17 December 1943

When she was very young, the author was captivated by the story her father, Joe Mack, repeatedly told her about his astonishing rescue from a crashed and burning Lancaster one night in 1943. As an adult she decided to find out what happened to his aircraft and the countless others returning from operations that same dreadful night...She writes from the heart, honestly and at times lyrically and her thorough research uncovers the harsh realities of warfare, the failure of procedures and, worst of all, her father's shocking secret.
Fire by Night: The Dramatic Story of One Pathfinder Crew and Black Thursday,16/17 December 1943